The sector produced 81.5% of industrial output and 99.9% of agriculture production of Uzbekistan in the reporting period. Some 92.7% of construction works were implemented by the non-state sector.

The non-state sector’s share in foreign trade turnover of Uzbekistan comprised 74.5% in the first half of 2010. The sector provided employment to 79% of all occupied in economy.

Ratio between state and non-state sector in GDP, main branches of economy and employment in January-June 2010 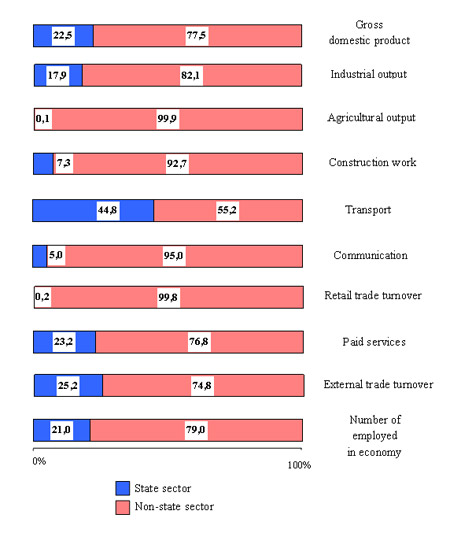 The highest growth of gross regional product (GRP) was registered in Syrdarya region in the first half of 2010, according to the State Statistics Committee of Uzbekistan.

Uzbekistan increased production of granulated sugar by 15.1% in January-June 2010 compared to the same period of 2009.

WHO reports an increase in the incidence of COVID-19